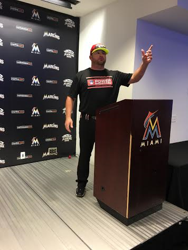 LOUIE SICILIANO: Born and raised in Cincinnati, Ohio, Louie grew up playing baseball. He also played soccer, tennis and football but by his junior year of high school he committed himself to baseball when he was selected to play year round in the Fall Ball and Summer Travel teams to which he continued to play throughout his college years.

Louie was recruited to play college baseball on an Athletic Scholarship to Tiffin University. His junior year he transferred to Northern Kentucky University in hopes of being scouted in a bigger city. At NKU, he won a Conference Championship earning him offers to play in the Semi-Pro leagues in South Florida. Taking the leap to play Semi-Pro, Louie attended Northwood University WPB to continue working on his degree where he graduated with his degree in Business and Management. During this time, he trained and taught at Hammer Time Performance, conducting private lessons in South Florida and Cincinnati and coached for the Florida Bombers Travel Team 16u.

In 2007, while living in South Florida, Louie signed with the Cincinnati Reds Scout Sal Varriale and was sent to play professional baseball for Europe. He continued to work out for two years in the South Florida area with numerous Major League teams (Pittsburgh Pirates, Detroit Tigers and Milwaukee Brewers) where he achieved his goal of getting signed professionally.

Due to a devastating arm injury in 2009, Louie was forced to stop playing professionally. He now continues to train and coach for Vipers Baseball Club, Inc. and selected players in preparing them for high school, college and professional baseball working directly with College Profiles International, Inc. (www.ineedacollege.com) in assisting his ball players with their recruitment into college baseball.

In 2013, Louie was a member of the Spain National World Baseball Classic Qualifier. He also was the catcher for Josh Booty (the Winner) MLB Network Reality TV Series “The Next Knuckler”.

In 2014 He started Coaching for Suncoast High School.  As Head Varsity Coach at Suncoast High School he lead the Chargers to their first District Championship in 2017.  In 2015 Louie started coaching for the International Power Showcase.  He also now works as an agent with the owner of Management One, Brian Goldberg, who works with many professional athletes such as Hall Of Famer Ken Griffey Jr.